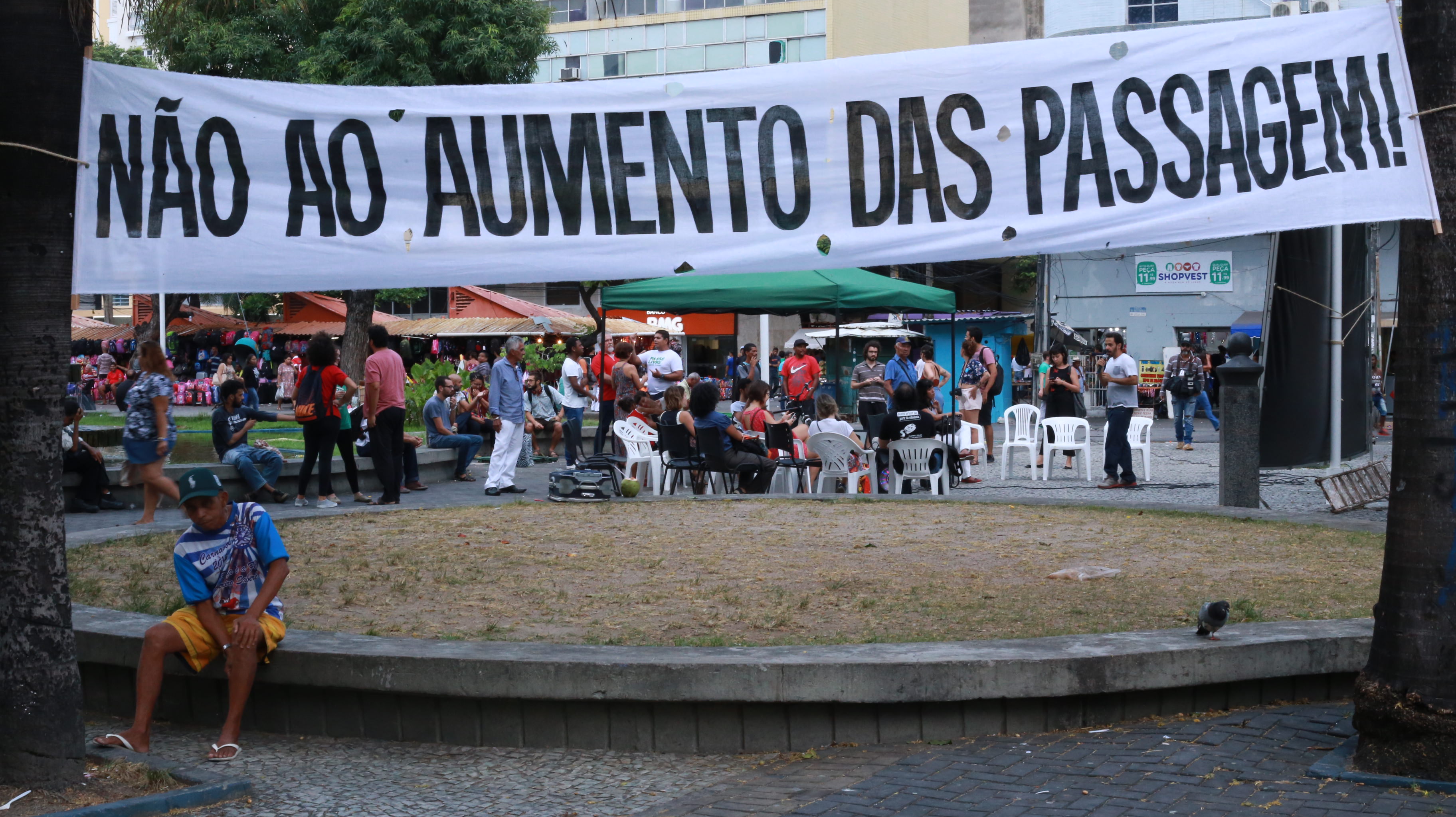 We are part of Rede de Articulação pela Mobilidade (RAMO - a network concerned about urban mobility), along with other civil society organizations that take action in this area: Ameciclo, Rua-Juventude Anticapitalista, Meu Recife, to mention a few. The network was formed at a conference on urban mobility (1ª Conferência Livre de Mobilidade do Recife), held autonomously by the civil society in July 2016.

Our job is mainly about court actions. Since the beginning of 2017, we have taken to court actions that demand transparency in accounts regarding the administration of public transportation, denouncing malpractices and trying to reduce the fares. In 2018, through a Popular Action, we were able to deter an increase of 11,02% in the bus fares (which is higher than inflation rates).

We also helped put together Carnival stunt "Eu acho é caro", along with the other members of the network. Originated in the weeks that precede Carnival, the action offered free transportation around the city, all that to the sound of a Frevo orchestra. The idea was to make a fun protest. Moreover, as a part of RAMO, we also monitored and acted upon mobility policies regarding Recife's Metropolitan Area, and took direct and court actions demanding transparency in the accounts on public transport.

Here are some local news about our actions against the rise in bus fares at the beginning of 2018 and towards regularizing Conselho Superior de Transporte Metropolitano (the Senior Counsel of Metropolitan Transportation), whose mandate had expired. 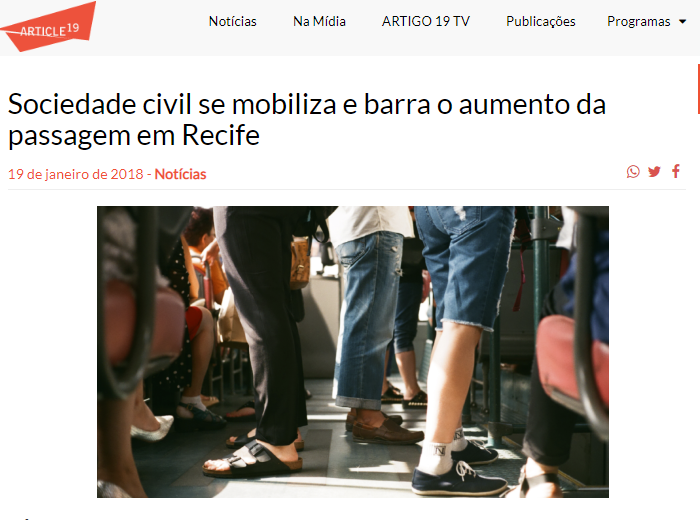 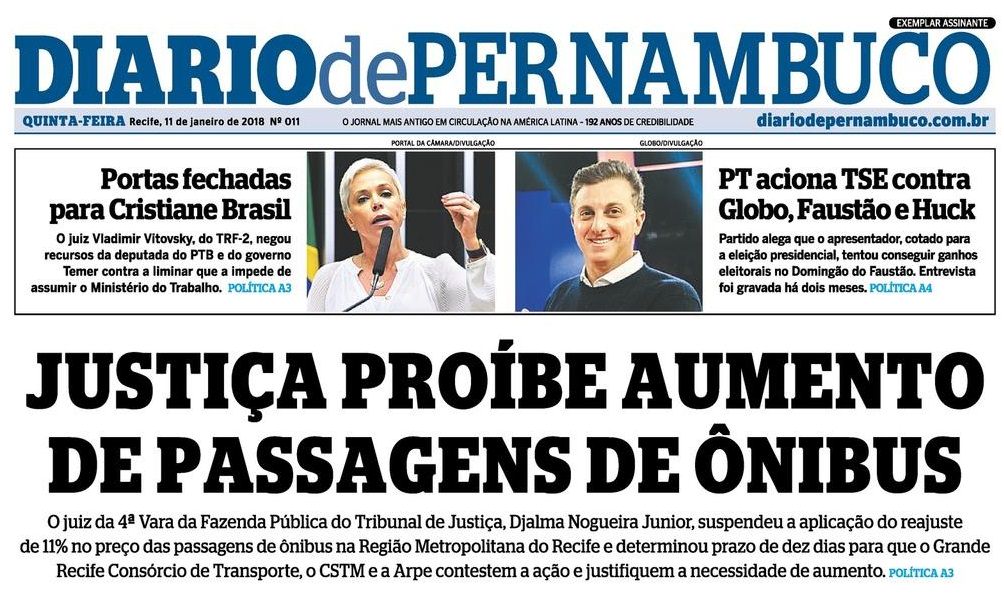 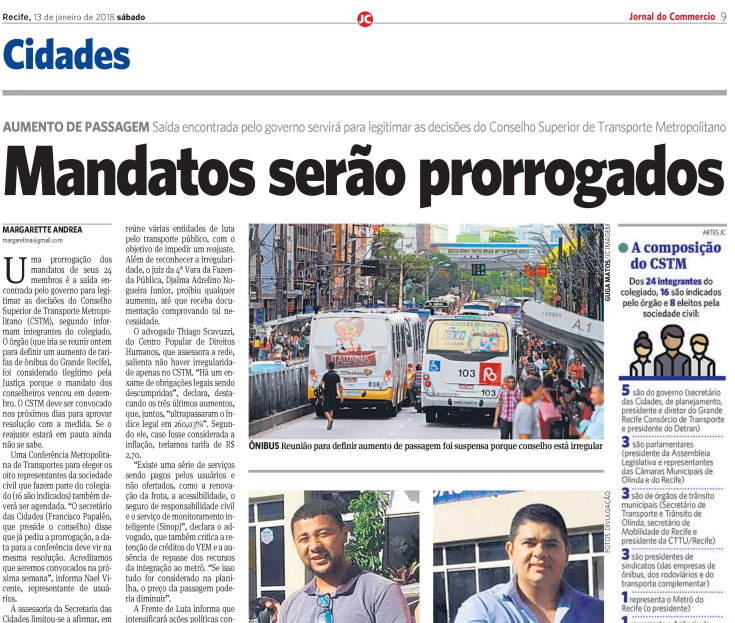